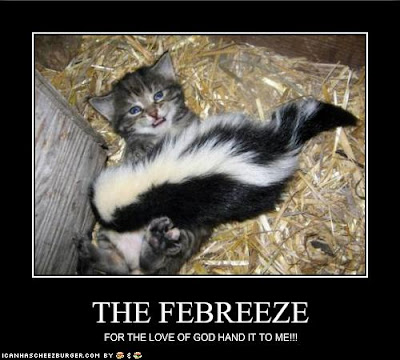 That special time of year is once again upon us. Those of you who live in the comfy confines of concrete and street lamps may not be aware, but it's officially Skunk Mating Season! YIPPEE!

One of the first signs of SMS is seeing the carnage. There is a direct correlation between the number of dead skunks stinking up the roadways, and the number of baby skunks that come along seven to ten weeks later.........next year's roadkill. I've noticed recently that the smell of eau de polecat has slapped me in the face and burned my eyes greeted me on my morning commute. Oh, joy.

Another sign of SMS is smelling the faint funk that will occasionally surround your house and field. You know they're out there, but you can't get the gun fast enough see them. I'm okay with this, as long as the smell stays OUTSIDE!

The third, and final sign of SMS is realizing that you need to ask yourself the following question: "HOW IN THE *&!!!*(&^#()&* AM I EVER GOING TO GET THIS SMELL OUT OF MY HOUSE?" You may wish to substitute "MY CARPET", "MY CLOTHES", or even "MY HAIR" - whatever the situation warrants. For me, personally, it went something like this....

Monday night we let our dog out for one last potty break before bed. This is an everyday occurrence, and one that rarely ends poorly. Shortly after he went out, he ran across the yard into the shadows. We were aware that it was SMS (see the second sign above), but we were too tired to worry about it didn't give it a second thought. When I heard our dog bark to come in, I naively went straight to the door and opened it for him. He had barely gotten into the kitchen when we realized that it was NOT a deer he had been chasing into the field!! The smell created a house-wide funk warp in under three seconds. It was so bad that I wondered if it would be possible to die from inhaling the fumes. (Then I saw the light... Bwahahahaha!!)

It was too late to do anything about it that night, so we put the dog outside and went to bed. We all went to work/school Tuesday well aware that we reeked!! Snow White sent me a text and said that her purse smelled like skunk, and that she was going to have to leave it in the floor in all of her classes! I told her to watch the people around her and see if anyone caught a whiff!! I checked the internet to see what advice they had for skunk funk removal, and headed to Target and Pet Smart to stockpile my arsenal. Armed with Skunk Remover shampoo, Pine Sol, Baking Soda and Carpet Fresh, I headed home.

The house smelled awful, so I poured a glass of wine and got busy. I put Carpet Fresh on the rugs and little cups of Pine Sol in every room, lit candles, candles and more candles, cranked the ceiling fans up on high and opened the windows. Cool Breeze saturated the poor dog with the Skunk Remover shampoo. It may have helped, but I think we have just gotten used to the odor!!!

I'm hoping for a less stinky evening tonight, but I'm not counting on it. The last time this happened it took about two weeks for the smell to dissipate. What's in that stuff anyway?? I wonder why they haven't found a way to use it as a weapon? It would be like pepper spray on steroids!!

Do you have a skunk story?

Things To Do Thursday 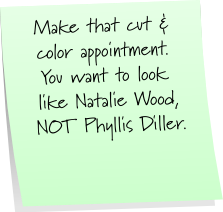 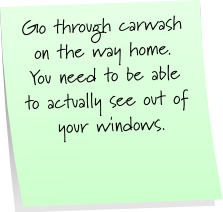 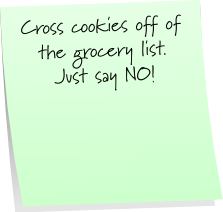 Labels: Things To Do

After four months of planning, my girls' trip to NYC was canceled. Because of snow. "Snowpocalypse", actually, because that's the ONLY thing that could have kept us out of the city this weekend! Bloggers Gone Wild!!! I feel as defeated as this poor pampas grass... 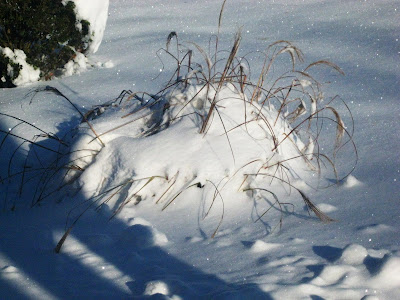 It seems that I went to bed one night and woke up in Whoville. Unfortunately, the holidays are over, and there was no brightly-lit tree to circle while singing cheery carols. I have discovered the reason that the Grinch holed up in a cave with his little dog.......he HATED the freakin' snow! It all makes sense now. 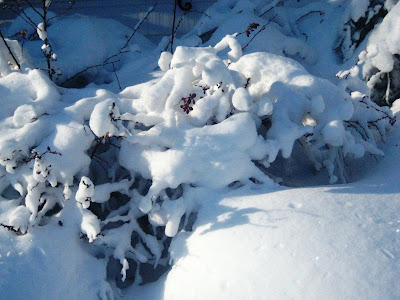 Snow White drove her car today for the first time in two weeks. She was ecstatic! Me? Not so much. I'm a bit of a worrier. 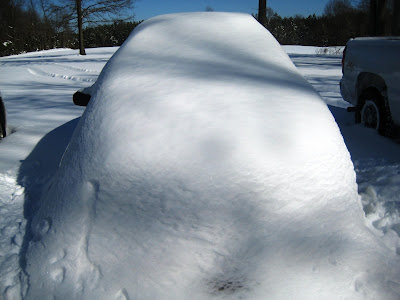 Cool Breeze has done an excellent job of keeping our sidewalks and driveway as clear as possible. I've helped, but he's done the bulk of it. The ONLY bright spot in all of this has been watching our dog enjoy every. last. minute. of his time in the snow! He will certainly miss the evil white stuff snow if it ever goes away. 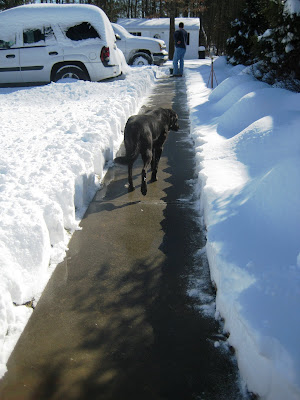 Excuse me. I need to go make a phone call... 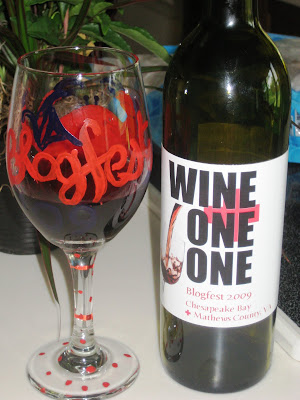 It's hard to believe that 18 years ago I brought home a tiny bundle of joy. She always had a smile on her face, and she sang along with Luciano Pavarotti before she could walk. She was, and still is, a camera hog, and I've got the videos to prove it! I've had the privilege of watching her grow into an amazing young woman, and I'm proud to be her mother.
Happy Birthday, Sweetie!! I love you:) 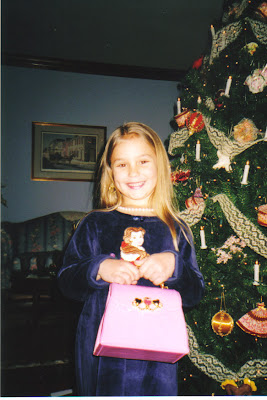 All dressed up to attend a wedding. 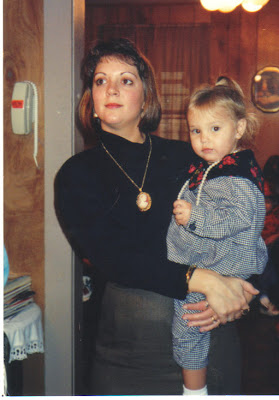 Sporting the pearls at a family Thanksgiving gathering. 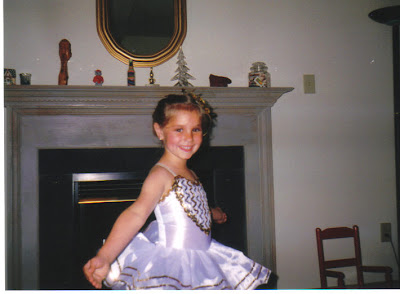 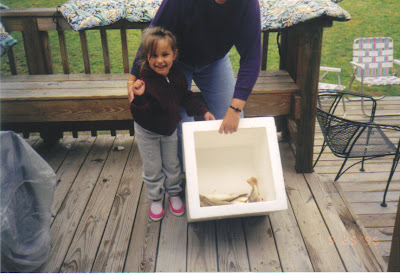 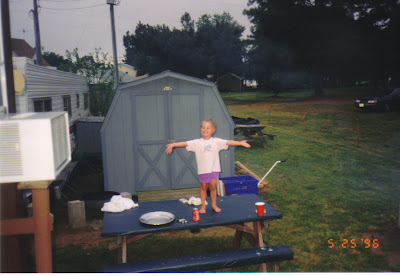 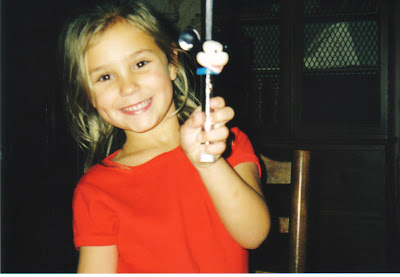 Enjoying Disney with Grandma and Granddaddy!

Always happy to be cheering, despite the weather:) 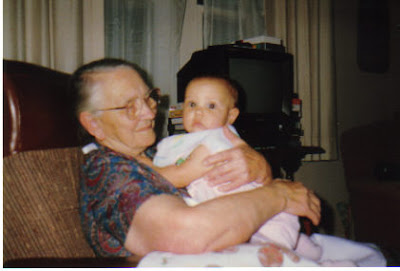 Today my paternal grandmother would have celebrated her 98th birthday. She passed away two years ago on New Year's Eve. My life is not the same without her.

The photo above shows Grandma holding a six-month old Snow White. I had hoped that SW would be born on Grandma's birthday, but we missed it by three days. There are SOME things over which we have no control!!